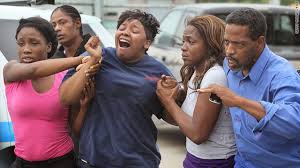 The following post originally appeared on The Nommo Gathering Black Writers Collective, a Chicago-based group of writers. The group was founded by writer/activist Stephanie Gadlin, and includes a host of authors, poets, playwrights and other creatives. The post appears under the original title, “10 Reasons Why You Can’t ‘Stop the Violence’ in Black Chicago.”