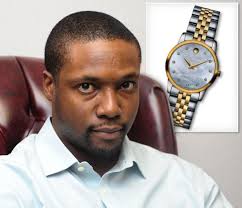 Brown, 30, claimed he was handcuffed, paraded through the chain’s flagship store and questioned for hours on June 8, 2013 after being accused of using a fake credit card to purchase a $1,300 watch for his mother.

The HBO series star slapped Macy’s and the city with false imprisonment, negligent training and civil rights allegations, seeking unspecified money damages and a court order forcing Macy’s and the NYPD to stop the alleged practice of targeting minorities who shop at high-end stores.

A spokeswoman for Macy’s said, “The lawsuits by various plaintiffs who alleged racial profiling by Macy’s have been settled in principle. We are making no further comment.

“Our company strictly prohibits discrimination of any kind and has zero tolerance for racial profiling.”

The details of the settlement are still being finalized.

Brown was one of four black shoppers who accused Macy’s of racial profiling last year.