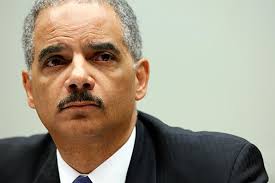 The U.S. Justice Department and Cleveland reached an agreement to overhaul the city’s police department after federal investigators concluded that officers use excessive and unnecessary force far too often.

The Justice Department said the police department have endangered the public and their fellow officers with their recklessness.

Cleveland Mayor Frank Jackson and the department signed an agreement that says both sides will work toward the appointment of a court-appointed monitor to oversee reform.

“We understand the progress we seek will not come over night,” Attorney General Eric Holder said in announcing the findings.

The Justice Department found a systemic pattern of reckless and inappropriate use of force by officers and cited concerns about search-and-seizure practices. It also said officers frequently violated people’s civil rights because of faulty tactics, inadequate training and a lack of supervision and accountability.

The use of excessive force by police in the city has created a deep mistrust, especially in the black community, the report concluded.

The federal investigation was prompted by several high profile police encounters, mainly the deaths of two unarmed people who were fatally wounded when officers fired 137 shots into their car at the end of a high speed chase in 2012.

In the last five years, the Justice Department has opened civil rights investigations into the practices of some 20 police departments. It is reviewing both the Ferguson police department and the chokehold death of Eric Garner.