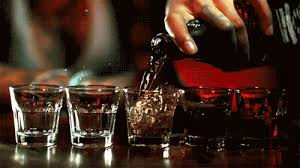 A Missouri bar sparked protests after it offered a drink special named after slain black teenager Michael Brown, whose shooting by a Ferguson police officer in August sparked months of demonstrations.

Mugshots, a bar in St. Joseph, Missouri, promoted on its Facebook page a “Michael Brown Special” consisting of six shots of tequila for $10, WDAF-TV in Kansas City, Missouri, reported.

The unarmed Brown, 18, was struck by at least six bullets in the shooting by a white policeman, according to three separate autopsies performed in the investigation. A grand jury declined to indict the officer last month, sparking more violent protests nationwide.

A co-owner of the bar, who asked not to be named, has since apologized. “It’s not meant to cause any harm. I should have thought a little bit more about it,” WDAF quoted him as saying.

The Mugshots drink special drew online protests and demonstrators picketed outside the bar on Saturday.