Bill that will change Stand Your Ground law advances 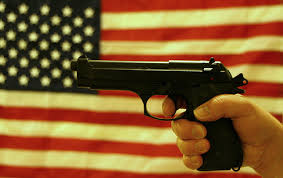 Florida legislators advanced changes to the state’s controversial Stand Your Ground law amid series of protests following the acquittal of George Zimmerman.

The current law allows citizens to use “deadly force” without trying to retreat if they feel their lives are being threatened.

In July, a jury found Zimmerman not guilty for the murder of Trayvon Martin. While Zimmerman did not rely on “Stand Your Ground” for his defense, his trial has brought to light the law.

From The Orlando Sentinel:

The bill would require sheriffs and city police departments to set guidelines for “neighborhood watch” programs like Zimmerman’s and to restrict members to observing and reporting suspected crimes.[…] the bill would also prohibit people who are the “aggressors” in confrontations from then claiming “stand your ground” immunity. And it would specify that law enforcement must conduct a full investigation in shootings even if the law is claimed as a defense – a change spurred by the Sanford police claim that it couldn’t do so in the Zimmerman case.

Read more at The Orlando Sentinel

Critics of the bill aren’t convinced that the law is strong enough.

Some argue that the term “aggressors” is too broad. The part of the bill that says Stand Your Ground immunity doesn’t apply to those engaged in “unlawful activity” also needs addressing in the new bill.

Thoughts on the changes to the bill?

Is this a step in the right direction?