We have had a few staffing change at BYP over the past few months. Our team is growing and we are so excited to be able to introduce each of them to you. See our new team and their bios below or head over to the BYP Community page. 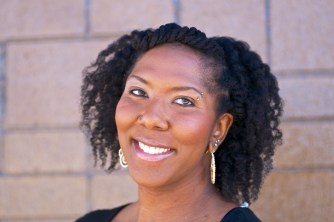 Jenn is a magical Black girl from the future and a Jill of all trades. She’s also an engineer by trade, a mom of three, a politics scholar, and an activist who dreams up statistical probabilities while watching reality TV. She never drinks coffee but loves hot chocolate. Jenn has been over six-foot-three since seventh grade. And, no, she doesn’t play basketball.

She is a doctoral student at the University of Chicago. An Oakland, CA native, she earned a B.S. in Industrial Engineering from the University of Southern California with a minor in Sociology. She went on to earn an M.A. in Political Science (honors) from California State University, Fullerton where she later taught Political Science Research Methods and Black Politics. Just before entering grad school, Jenn was a senior-level analyst in STEM fields in Orange County, California. Find out more about Jenn at her website. 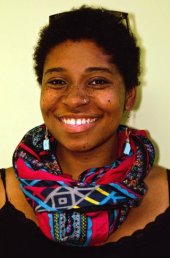 Victoria is a North-Carolina-raised writer and anthropologist. In other words, even though she’s primarily a vegetarian, she considers barbecue sauce on pulled pork blasphemy. You can usually catch her between Oakland, D.C., and Cameroon exploring ideas of home at the intersection of race, gender, politics and diaspora. 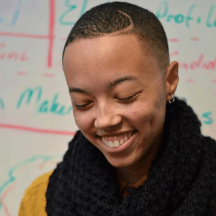 L.G. Parker is a Callaloo fellow and undergraduate student at Virginia Commonwealth University. They have served as a contributing writer to Blavity and Elixher, been published in Nepantla and are forthcoming in Brooklyn Boihood’s Outside the XY: Queer, Brown Masculinity (Magnus Books, 2016). Their work is concerned with constructions of family, gender and the specific impact of mental illnesses on queer & trans black people. 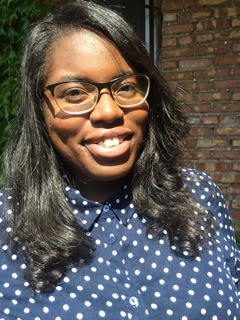 Jennifer is a fourth year English and Gender Studies student at the University of Chicago.  She has always enjoyed using writing as a way of expressing her ideas and potentially connecting with others.  As Jennifer has grown, she has realized that words are powerful and can help change the world and other people’s lives. She believes that every tweet, word, and post can be a step toward righting the social and racial injustice that seems so normal in our society.

Jenn M. Jackson was born and raised in East Oakland, California, a fact which motivates her writing and academic ambitions. She is a scholar, educator, and writer whose writing addresses Black Politics and civil and public life for young Black people with a focus on policing and surveillance. She is also the Editor-in-Chief of Water Cooler Convos, a culture platform for Black millennials. Her writing has been featured in Washington Post, BITCH Magazine, Marie Claire, EBONY, The Root, Daily Dot, The Independent, and many others. Jackson is a doctoral candidate at the University of Chicago studying American Politics with a focus on political participation and engagement, public opinion and social movements. For more about her, tweet her at @JennMJack or visit her website at jennmjackson.com.