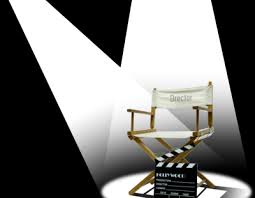 The “Diverse Directors Program” is meant to provide access and training to promising future directors of color.

Submissions are being accepted online from May 23-June 6, or until 500 applications are received. Candidates must submit one completed example of a past directing project, letters of recommendation from entertainment industry professionals and an interview. Twenty semi-finalists will take part in an episodic directing workshop and attend networking events. The workshop will begin in June on Sony’s Culver City lot, and the curriculum will consist of six evenings of discussion and instruction from working directors and production personnel. Starting in August, three finalists will have an opportunity to shadow participating TV directors on various series and receive a weekly stipend.

Participants will have the chance to direct an episode of a scripted Sony Pictures television series the following series.

“Diversity on all levels is a central focus to many of our programs,” said Paul Martin, SVP and Chief Diversity Officer at Sony Pictures Entertainment, “and we fully believe that the Diverse Directors Program will not only provide access and experience to a diverse group of potential directors but will also become a key component of Sony Pictures’ business strategy.”

Are diversity programs the key to getting more blacks in the director’s chair?

Do you think we should host our own programs?