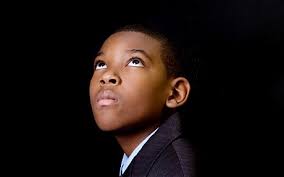 Earlier this spring, the New York Times published an important article on brief racial slights, or “microaggressions,” that people of color endure every day across college campuses. The article, by Tanzina Vega, covers the recent wave of activism, dialogue, and scholarship on the topic and features the project, “I, Too, Am Harvard,” where students of color at the university gave personal testimony about the microaggressions they regularly experience.

I commend these graduate and undergraduate students’ creativity and commitment to combating microaggressions and the insidious nature of modern racism. Yet it is also important to realize that microaggressions not only occur at the university level. Children and teenagers encounter and enact microaggressions, too! The denigrating racial experiences and indignities described in Vega’s article occur just as often in K-12 schools, where young students of color usually lack the power, voice, and understanding to speak out and fight back.

As a Black male graduate of Harvard and twenty-something-year-old public school teacher in Boston, I have heard many stories from Black and Latino students about racially-tinged interactions they have had with teachers and classmates. As one Black male eighth grader explained, “It’s the little things that people do that come off the wrong way.” Interpreting the racial nuance and meaning in people’s words and actions, he says, “It’s not that they are directly racist, but I kind of felt it.”

The uncertainty in this student’s words reveals the challenges students of color face in identifying, negotiating, and defending themselves against modern racism.  And while there are certainly blatant instances of racism, the trouble with microaggressions is that they are often invisible; they’re unclear and younger students may lack the language and networks needed to effectively resist them. As the writer Touré puts it, “Modern racism…has ways of making itself seem to not exist, which can drive you crazy trying to prove its existence.”

The organizers and participants of “I, Too, Am Harvard” have found a way: By breaking the cycle of silence, visually displaying people’s lived experiences, and providing a counternarrative about who actually attends Harvard.

But K-12 students do not draw from the same resources and experiences as burgeoning professionals at top-tier universities. In regular K-12 schools, the unequal balance of power between students and adults often enforces deafening silence and resignation that can only be broken at the risk of detention, suspension or expulsion.

Moreover, the disempowering experience many students have in K-12 schools raises the point that microaggressions are not only words. Microaggressions are often couched in nonverbal actions and implicit social messages about the worth and worthiness of individuals or groups based on race. For example, the daily humiliation of having to walk through metal detectors to enter a predominately Black and Latino school sends students the message that society thinks they are potentially violent. Being taught by an overwhelmingly White teaching staff sends students of color the message that people who look like them don’t (or can’t) become teachers. Walking past advanced and honors classes and seeing only White and Asian faces sends Black and Latino students the message that they’re not book smart and don’t belong.

Students also receive implicit messages from teachers about how they are expected to achieve based on their racial background. One Black teenager I talked to described instances of teachers “doubting” his academic ability and encouraging him to try the easy problems first. “It’s not necessarily on purpose,” he said, “It just happens.” But these events make him try even harder because of how people stereotype him. “I am what they want to see,” he admits. “I try to be more of something because I’m a minority there.”

Unfortunately, we do a poor job in schools of helping young people effectively talk about race, resist stereotypes, and see other realities. And the persistence of racial achievement patterns and opportunity gaps doesn’t help. These patterns strongly influence how people in society see and stereotype themselves and each other. In turn, these stereotypes shape the ways students and teachers in schools talk to and interact with each other across racial and ethnic boundaries.

Still, one issue remains: Many youth are not yet old enough to know how best to react to questionable or even overt acts of racial mistreatment or stereotyping. All too often, their response to this treatment is silence. And if not silence, the alternative can quickly become verbal or physical conflict.

So one reasonable first step is to begin talking about race with youth in our schools, homes, and communities. It would be admirable to discuss what miscroaggressions are and to give our students this language. By understanding their own experiences, young people may be empowered to start naming their own reality.