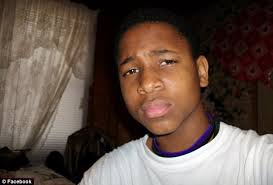 An Alabama man says that he accidentally shot and killed his son after he acted in a bizarre and angry manner.

Washington County Sheriff Richard Stringer said Sexton Adams told officers that the shooting was an accident, although he felt threatened by his son’s behavior.

Authorities said Sexton Adams told them that Darius Adams had come home around 2 a.m. and became scared because his son’s behavior was not normal. Sexton Adams told officers that he got the pistol thinking it might scare his son. “He cocked the pistol and in the process, according to him, the pistol went off,” Stringer said. “You know, it’s just a very tragic thing. The man killed his own son. It just doesn’t get much worse than that.”

Read more at The Call

The teen was shot in the stomach with a .38 Special revolver and was pronounced dead later that morning.

Sexton has not been charged in connection to the shooting.

What an unfortunate situation.

Stringer said Sexton Adams has never been in any kind of trouble and is highly thought of by the community and his church.

Stringer said Darius Adams’ body has been turned over to the Department of Forensic Sciences and the investigation is ongoing.

“We’ll learn more as time progresses,” Stringer said. “Of course, we will try to determine what caused this boy to become so irate and act the way he acted when his father shot him.”

Stringer said he has spoken with Washington County District Attorney Spencer Walker and recommended presenting the case to a grand jury to determine if there is enough evidence to indict Sexton Adams. Stringer said no other persons were present at the time of the shooting.