For boys and men of color, the odds must be changed 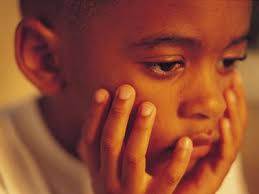 The following piece was written by Timothy P. Silard and appears on the Huffington Post under the title, “Changing the Odds for Boys and Men of Color.”

When the Rosenberg Foundation began investing in criminal justice reform in 2006, we were driven to take action because of the disproportionate impact of incarceration and the lifelong consequences of felony convictions on boys and men of color and low-income communities in California.

A responsible approach to criminal justice can make our communities safer, save tax dollars and help all of us, but our current system is falling terribly short — at great economic, human and moral cost. Most acutely, our juvenile and criminal justice systems present tremendous barriers to success for boys and young men of color. That’s why it is exciting to see the White House courageously joining forces with philanthropic leaders to address this issue head on.

In February of this year, President Obama launched My Brother’s Keeper, an initiative focused on fixing the persistent opportunity gaps faced by boys and young men of color, including addressing racial and ethnic bias within the juvenile and adult criminal justice systems.

Among the recommendations endorsed by My Brother’s Keeper: tackling over-incarceration and racial bias in the justice system, improving trust between law enforcement and the communities they serve, and removing unnecessary barriers to successful reentry and employment.

In addition, dozens of foundations across the country have come together to launch a coordinated strategy to remove the barriers that constrain the life prospects of boys and men of color. Among their bold calls to action: ensuring that boys and young men of color’s exposure to harm from the juvenile and criminal justice systems is dramatically reduced.

Together, these efforts are helping to spark a frank, national dialogue about the intersections between criminal justice policy and racial bias and inequality. As the My Brother’s Keeper’s taskforce report points out, in schools, in communities and in courtrooms, boys and young men of color are less likely to be given a second chance, and are much more likely to receive harsher punishments and be victimized by crime.

Clearly, our broken approach to criminal justice is taking a tremendous toll on our federal, state and local budgets, and on struggling communities and boys and men of color in particular. But we now have a real opportunity to roll up our sleeves and work to make a difference on these issues.