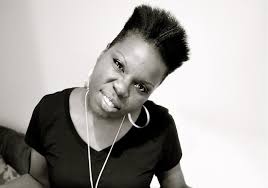 Jones was hired as a writer after SNL producers conducted a very public search for black women to add to the cast.

Although the coveted cast position was given to Sasheer Zamata, Jones, who was also a finalist, made a splash with her appearances in the Weekend Update sketches.

Jones has already made quite a name for herself on the show with her minimal appearances on the news segment, including her controversial skit on slavery back in May.

The comedian has also starred in The League, Workaholics, and this coming winter’s Top Five.

Jones tweeted her excitement after the good news was released, saying, “It’s official I’m a cast member!!! Get ready! Get ready!!”

In May, Jones ruffled a few feathers with a sketch about the slave draft. Many critics felt the skit went too far, and inappropriately mocked slavery.

Jones defended her skit and said that critics were being sensitive. Congratulations to Ms. Jones on her promotion.

What do you think of Leslie Jones being appointed to the position of cast member?

Are you a fan of her work?