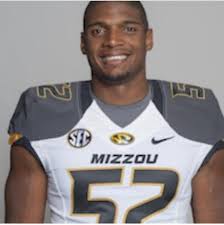 The University of Missouri’s defensive end Michael Sam will be honored with the Arthur Ashe Courage Award at this year’s ESPYs on July 16.

Sam made history in February by becoming the first Division I college football player in history to come out as gay.

The award…is given to individuals who transcend sports… Other recipients of the award include Muhammad Ali, Nelson Mandela and Billie Jean King. […] Sam, who was named the 2013 SEC Defensive Player of the Year and a first-team all-SEC selection during his senior year at Missouri, is expected to be picked in the NFL Draft in the upcoming days.

Does Sam’s recognition at the awards ceremony symbolize a greater acceptance of members of the LGBT community?