Mothers take crime scene, use it as ‘street lesson’ for sons 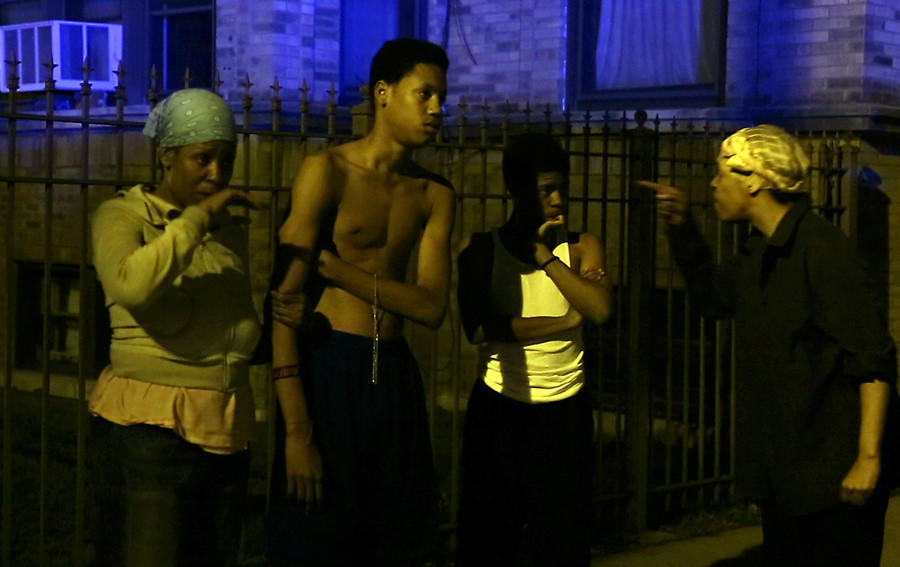 Thursday night, 14-year-old Kevin Diaz was gunned down while walking to the store near his home in Chicago’s Marquette Park neighborhood. As he lie dead on the concrete, Christina Brown and her twin sister decided to take the tragedy, and use it to get through to their sons.

The boys, who are 13 and 16, were about to get a street lesson from their mothers.  “You’re both straight-A students,” said Brown’s sister, Christine Barakat, in their faces like a drill sergeant. “This is what ya’ll want?”

The boys didn’t speak, but held their arms across their chests as they stared down the street where their 14-year-old friend, Kevin Diaz, was gunned down Thursday night.

Two detectives stood over the boy and lifted a blue sheet covering his body, focusing a flashlight underneath. As the sheet came off, sobs from his relatives grew louder, deeper. Three officers holding crime scene tape formed a line and nudged the family away from the body.

Kevin had fallen on his side, his legs splayed out, his left arm out and turned, his hand near his head. He collapsed near an iron fence surrounding a frame house. He was wearing black shorts and a sunflower-yellow Aeropostale T-shirt.

Barakat’s son attempted to break away and go back inside, but Brown grabbed him by the arm and forced him to keep looking. “I want y’all to see firsthand. Look it,” Barakat said. “The hell with this. … Do you hear me? Do you hear me?”

The shooting happened around 10:15 p.m. on Francisco Avenue just south of 64th street on Thursday. Police said the person who killed Kevin approached him on foot. They found no shell casings.

“They showed me my brother,” Jose Diaz said, looking down at the body. “(Detectives) took down my information and told me to call but really I don’t think I’ll find anything out.”

Thoughts on this street lesson?

Is this the way to get through to our youth?