President Obama Still Needs to Speak to Youth of Chicago 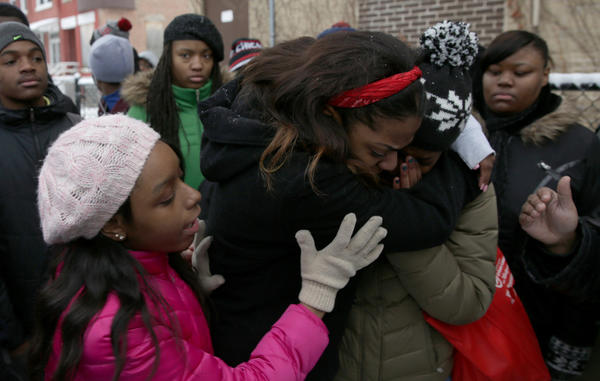 The White House just announced that the First Lady Michelle Obama will be attending the funeral of Hadiya Pendleton on Saturday.  This seems to us at the Black Youth Project an appropriate response to this incredible tragedy.  We hope the First Lady’s attendance at Hadiya’s funeral will provide some comfort to her loved ones.

The family and friends of Hadiya Pendleton have our sincerest condolences, and are in our prayers.

At the same time we want to be clear that Michelle Obama’s presence at the funeral does not in any way address the systemic issues contributing to gun violence in Chicago and other urban areas.

It also does not address our petition, which asks the President to come home to Chicago and give a major speech on gun violence, detailing how he will work with community groups, city and state officials to address the underlying issues leading to gun violence in the Windy City.

To be clear we believe there are at least three reasons the President should come to Chicago to speak about the gun violence happening on the south and west sides of the city.

First, through the use of the bully pull pit the President has the ability to command the attention of the country, raising their consciousness about the life and death issues facing young people in Chicago.  While a number of stories have been written noting the gun violence, few have really successfully explained why there are record levels of gun violence in Chicago. We believe the President with his extraordinary oratory skills and his ability to demand the attention of the media is well positioned to explain to the country about the complicated underlying factors contributing to the crisis of gun violence in our urban areas and what we all must do to help stem the violence.

Second, we believe the President, or more specifically the executive branch, can provide needed resources for programs that have been shown to be effective in combating violence; programs such as summer employment programs for youth. The executive branch can also help to coordinate the work of the different entities such as community groups, city officials and state agencies, all attempting to address this issue. We know that the President cannot end the gun violence in Chicago by himself.  Instead, we are asking the President to come to Chicago, sit with community groups, city and state officials, and map out a course of action that can stem the violence in our communities.

Third and most importantly, the President needs to signal to the world that we as a country value the lives of young Black and Latino children in Chicago.  The President rightly went to Newtown and Aurora to comfort the families who lost loved ones in those senseless acts of gun violence.  He needs to come to Chicago to make clear that the lives of Black and Latino youth in urban areas are equally valued with their peers in suburban areas.

Repeatedly the President has stated that his most important duty as president is to keep the country safe.  Well, Mr. President the children on the south and west sides of Chicago do not feel safe and are not.  These young people stood up for the President in 2008 and 2012, turning out in record numbers to vote for him.

Now it is time for the President to stand up for and with them.