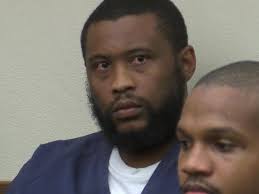 San Diego based rapper Brandon Duncan, better known as Tiny Doo, has rapped with the likes of Lil’ Wayne and others. He has a big following with music detailing gang life, and that is what may send him to prison.

On Friday, Duncan and some of the 14 other gang members facing attempted murder charges were in court for day two of a preliminary hearing. They are charged in a gang conspiracy involving nine local shootings since April 2013, as a judge mulled a possible trial.

Prosecutors are calling upon a state law put in place by voters in 2000 that has not been used until now. It allows for the prosecution of gang members if they benefit from crimes committed by other gang members.

Though Duncan hasn’t been tied to the shootings, prosecutors argued that he benefited from the shootings because his gang gained in status, allowing him to sell more albums.

The goal of the law is to give law enforcement added powers aimed at gang crime.

A third of all crimes committed in San Diego are by gang members.

Should Duncan’s music be used to convict him?