Report: 1 in 5 black kids view race as an obstacle 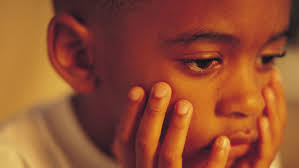 According to research commissioned by BBC’s Newsround programme, 21 percent of black children felt their skin color would impact their level of success.

The survey of more than 1,600 eight to 14-year-olds also found nine out of 10 black children aspired to go to university, while 72% of white children had the same goal.

Around 40% of black children thought their teachers would describe them as clever, compared with 46% of white children, 39% of Asian and 47% of mixed or other origins.

Is it surprising that youth are so conscious of the effects of racism at such a young age? What does this say about society?