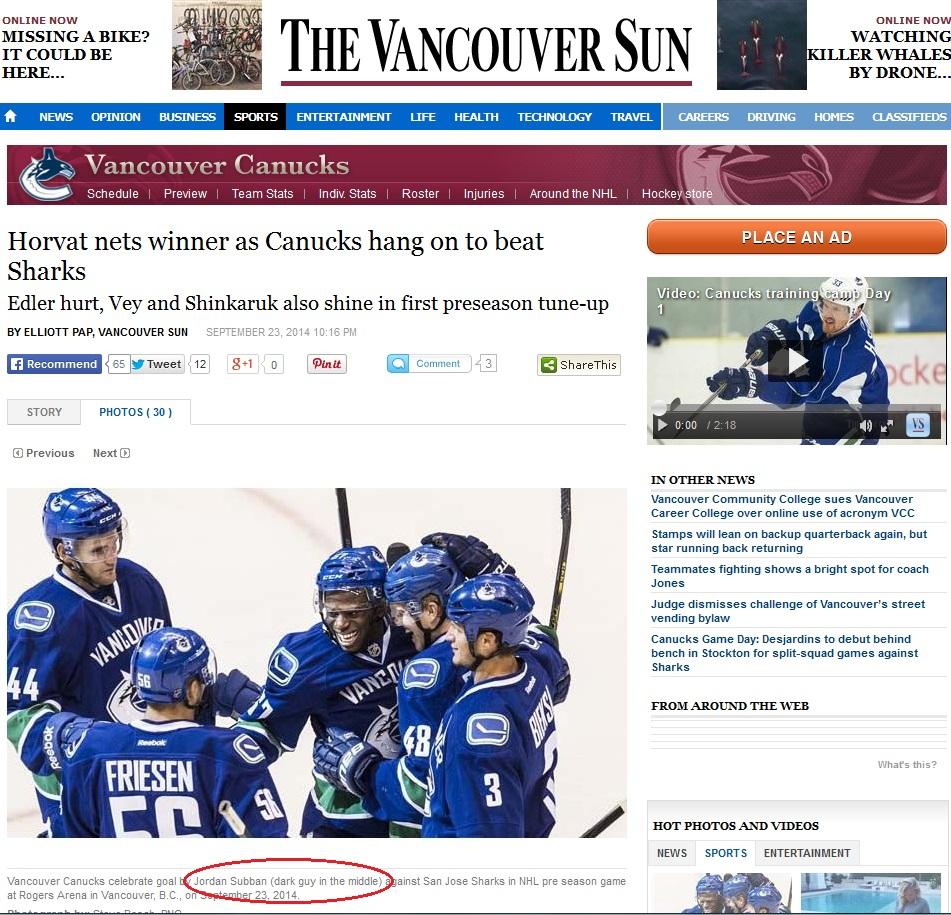 A Canadian newspaper has issued an apology for referring to a black hockey player as the “dark guy in the middle” on one of its stories.

Jordan Subban scored a goal in a preseason game for the Vancouver Canucks Tuesday night. The Vancouver Sun published an awesome photo of the moment, but it was the few words below the photo that got a lot of attention.

The cutline below the photograph identified Subban as “dark guy in the middle,” to distinguish him from the group. Normally, a jersey number or noting individuals from left to right would used to identify those pictured.

Deputy Editor Gillian Burnett said the cutline was written by a photographer and submitted. She called it an “egregious error that we regret.”

Thoughts on the paper’s choice of words?