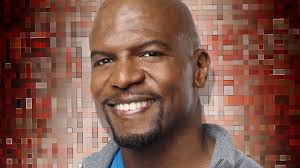 During a recent interview with HuffPost Live, former NFL player-turned actor Terry Crews talked about why some pro athletes are violent.

“To get to be a professional athlete, it takes anger. You have to be angry, because somebody counts you out, and they said, ‘You’ll never make it, you won’t do it,’ and that gets you up at four in the morning. You work out for three, four hours on anger. There’s power in anger. The problem is when you make it, you’re still angry.”

Crews also talked about the fact that many pro athletes are fatherless, hence inflated that anger. “I was that guy. I could’ve easily have been a Ray Rice. I was that guy.”

Crews also stated that he was a feminist, and is an advocate for equality for all.

Is there a connection to the aggression present in certain sports and domestic violence?