Why Cuba will never send Assata Shakur to the U.S. 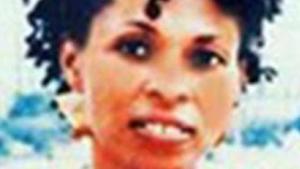 The following piece is from Chicago Tribune. It was written by Achy Obejas.

She’s on the FBI Most Wanted Terrorists list. Why Cuba protects her.

In May 2013, on the 40th anniversary of her arrest, Assata Shakur was suddenly and inexplicably named to the FBI’s Most Wanted Terrorists list, with an award of up to $2 million for her capture. She was the first woman ever put on that list, but she gained that notorious promotion at a time when she was doing little that could be conceived of as criminal. Shakur, also known as Joanne Deborah Chesimard, was serving a life sentence for murder when she escaped from prison in 1979. For the last 30 years, she has been quietly living in Havana, occasionally entertaining visitors in her modest apartment, writing and rarely drawing attention to herself.

With thaw in U.S.-Cuba relations, what will become of wanted fugitive Assata Shakur

At the time Shakur made the Most Wanted Terrorists list, Aaron Ford, special agent in charge of the FBI’s Newark office, said, “While living openly and freely in Cuba, she continues to maintain and promote her terrorist ideology. She provides anti-U.S.-government speeches, espousing the Black Liberation Army’s message of revolution and terrorism.”

In other words, even by FBI standards, Shakur was raised to terrorist level on pretty shaky grounds: for speaking and writing, usually protected activities. At the time, I speculated in an essay for WBEZ that Shakur’s addition to the FBI list might have been a way to pressure Cuba to release U.S. Agency for International Development worker Alan Gross. That was 19 months ago. Just this month, when President Barack Obama announced that the U.S. and Cuba were working to normalize relations and that Gross would be released, he said the two countries had been in secret talks for 18 months.

Not surprisingly, Shakur is back in the news. Gov. Chris Christie of New Jersey, where Shakur was convicted of killing one state trooper and grievously wounding another, has called for her extradition.

But Shakur will never go back to New Jersey or anywhere on American soil, and it’s not just because Cuba and the U.S. have no extradition treaty. Both countries have inherent interests, ethical and not so ethical, in allowing Shakur to die of natural causes in Havana.

The first is practical: If the U.S. makes a serious request for Shakur, Cuba will undoubtedly counter with a request of its own for Luis Posada Carriles. The 86-year-old, who has long ties to the CIA and its covert activities in Latin America, is now living out his old age in Miami. Among his crimes: He was convicted in Panama of the 1976 bombing of a Cuban airliner that killed 73 civilians. He has been suspected of planting bombs in Havana in 1997 (including one that killed an Italian tourist). He was arrested in Panama for an attempt on Fidel Castro’s life but pardoned by the U.S.-supported president of that country in 2004.