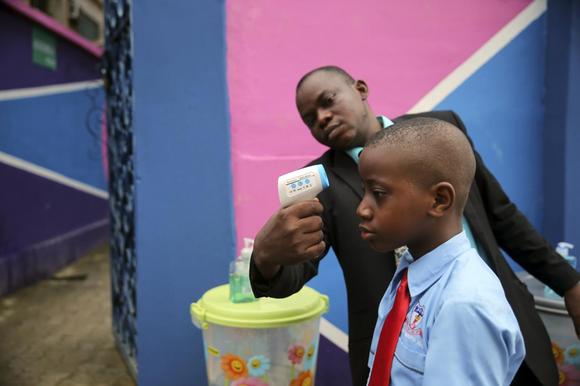 The World Health Organization has declared Nigeria free of the deadly Ebola virus after a determined doctor and thousands of officials helped end the outbreak that is still wreaking havoc on other parts of West Africa.

Caught unaware when a diplomat arrived with the disease from Liberia, authorities were alerted by Doctor Ameyo Adadevoh, who diagnosed it, kept him in the hospital despite protests from him and his government and later died from Ebola herself.

They then set about trying to contain it in an overcrowded city of 21 million where it could easily have turned a doomsday scenario if about 300 people who had been in direct or indirect contact with him not been traced and isolated.

“This is a spectacular success story,” Rui Gama Vaz from the World Health Organization (WHO) told a news conference in the capital Abuja, where officials broke into applause when he announced that Nigeria had shaken off the disease.

“It shows that Ebola can be contained, but we must be clear that we have only won a battle, the war will only end when West Africa is also declared free of Ebola.”

This year’s outbreak is the worst on record. The virus, which has no cure, has killed 4,546 people across the three most-affected countries, Liberia, Guinea and Sierra Leone. Travelers from that region have infected people in Texas and Madrid.

Ebola was brought to Nigeria when Liberian-American diplomat Patrick Sawyer collapsed at the main international airport in Lagos on July 20. Due to a lack of preparation by airport staff, he was able to infect several people including health workers in the hospital where he was transported.

The U.S. Centers for Disease Control and Prevention, which was involved in managing the outbreak, said officials and volunteers reached more than 26,000 households of people living around the contacts of the Ebola patients.