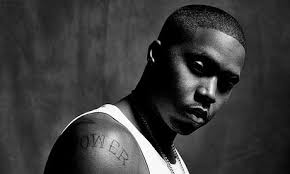 Nas made his first appearance at Harvard University on Thursday and the rapper wasn’t performing. He was on campus to give his blessing to a new fellowship named in his honor.

The Nasir Jones Hip Hop Fellowship will be awarded to two scholars or artists annually. Recipients will be chosen by a Harvard faculty committee.

It is primarily a research fellowship, although Marcyliena Morgan, a professor of African and African American Studies and the founder and director of the Hip-Hop Archive and Research Institute, which will administer the fellowship, said on Friday that fellows could teach courses as well. The application process, she said, has just started.

“The main purpose of the fellowship,” Ms. Morgan said, “is to support people doing work that has to do with the ways hip-hop itself reaches out to youth through the world, and particularly how it brings together issues of social justice, art and politics. That relationship – and how difficult it can be – is an important aspect of what we’re looking at. Hip-hop has been a way of getting the word out in very difficult situations.”

The critique will involve an examination of how hip-hop is perceived in society. Nas’ work has drawn on a variety of influences, such as films and classical music.

Professor Morgan said the decision to name the fellowship after the rapper was an inspired move. “Nas is one of the quintessential hip hop M.C. poets,” she said, “someone who describes the landscape of life in ways that are incredibly touching and interesting. And having a fellowship in his name is like telling someone who’s eleven, ‘This is going to be here when you’re ready.’”

Congratulations to Nas. Your work remains to be an influence on general society!

Thoughts on hip-hop being studied under the academic lense?