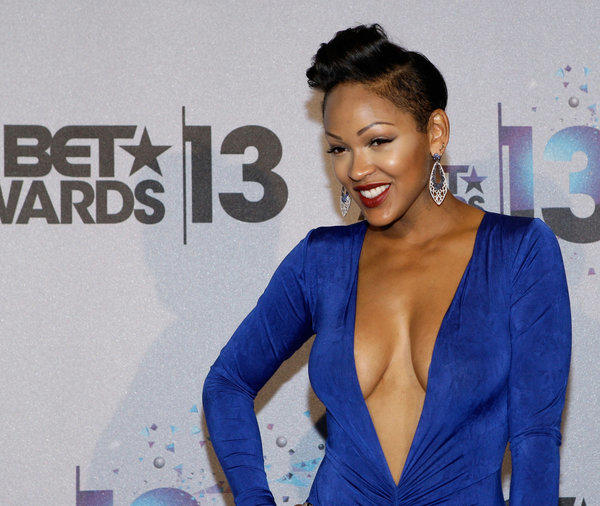 Actress Meagan Good is getting some flack for her choice of dress at the BET Awards.

Good presented the award for “Best Gospel Artist” in a fairly revealing gown, which many commentators on social media are blasting as inappropriate and disrespectful.

Good has defending herself against these kinds of accusations before; maintaining that her style of dress is always classy, and that a dress has nothing to do with her relationship with God.

No stranger to this kind of criticism, Meagan addressed it before in an interview with JustTheFab where she discussed dressing provocatively as a woman who has a “personal relationship with God:”

Regardless of what anybody thinks, I have a personal relationship with God. We talk and we speak and I don’t feel convicted about it and so I have to do what’s in my heart and I can’t allow people to manipulate my direction. […] I’m getting sexy and all that, but there is a way to do it, there is a classy way to do everything and there is nothing wrong with being sexy or having sex appeal and I think that I am definitely going to be someone who is boldly going to go out to the masses and be someone who says, ‘ Look! Women, it’s OK to do this, that, and the other,’ because I don’t like [how] sometimes people who are religious will try and force everyone into a box and judge them.

Finally, Meagan defended her dress choice on BET Awards night, responding to a commenter on Instagram by saying:

“I never forgot God was there for a second and would never be ashamed of what I’m wearing (in) front of him. He loves me for exactly who He created me to be despite what anyone else thinks.”

What are your thoughts on criticism of her gown? Is it fair?