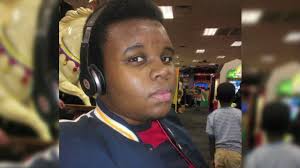 A California lodge is investigating a shocking incident that happened at the club last week, when a performer sang a song celebrating the death of Mike Brown–an 18-year-old unarmed black teen killed by a Ferguson, Missouri police officer in August.

A number of retired and current cops were present at the Glendale, CA Elks Lodge at the time of the incident.

The song was a parody of “Bad, Bad Leroy Brown.” Gary Fishell, the performer and a member of the Lodge, changed the lyrics, which include:

The event was thrown by retired LAPD Officer Joe Myers, a 32-year veteran who left the force in 2007.

Of the roughly 60 attendees, half were cops, according to TMZ. Gary Fishell, who sang the song, once worked as an investigator for the Federal Government. His lawyer told TMZ that he now realizes the song was “off color and in poor taste.” A trustee for the lodge confirmed that the event was not thrown by them. “We don’t stand for any racist things like this.”

Racism is alive and well.