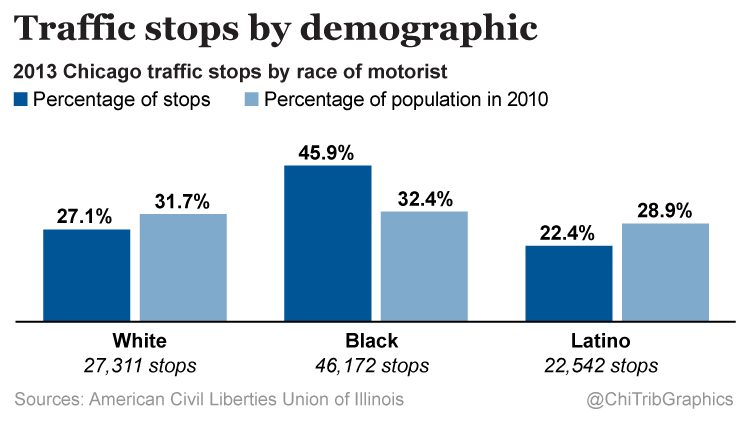 According to a new report released by the American Civil Liberties Union of Illinois, Chicago police stop black motorists more than their white counterparts.

“Black motorists are being stopped far more likely than we would expect,” said Adam Schwartz, a senior staff counsel for the ACLU of Illinois. “We think that tends to show that police have different tests when deciding who to stop and who to search.”

The disturbing pattern of alleged bias by Chicago police comes more than 10 years after the state legislature required law enforcement agencies to maintain and record data on the race of every driver they stop. The requirement was part of an effort to gauge the prevalence of racial profiling in hopes of preventing it.

According to an analysis by the ACLU earlier this year, police in Illinois have made little progress combating racial profiling. That report states that police searched the cars of Black and Latino driver far more than those of whites, despite finding drugs and other contraband at a higher rate in vehicles driven by whites.

We must not continue to be treated like second-class citizens.