Report: Non-whites, women punished for promoting those like them 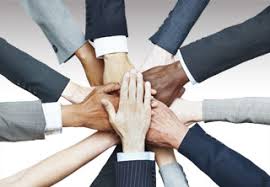 According to a study conducted by researchers at the University of Colorado, valuing diversity is frowned upon in Corporate America unless you’re a white man.

From Academy of Management:

“Nonwhite and women leaders who engage in diversity-increasing behaviors in the highest organizational ranks are systematically penalized with lower performance ratings for doing so,” the study continues. “Our findings suggest that nonwhite and women leaders may increase their own chances of advancing up the corporate ladder by actually engaging in a very low level of diversity-valuing behavior… By downplaying their race and gender, these leaders may be viewed…as worthy of being promoted into the highest organizational echelons.”

Read more at Academy of Management

White men didn’t appear to suffer in their performance ratings for showing behavior in favor of diversity.

The results may be due to negative stereotypes about women and people of color. Women and non-whites who promote each other fits into the notion that they are more likely to indulge in selfish favoritism.

Even in diversity there is prejudice.