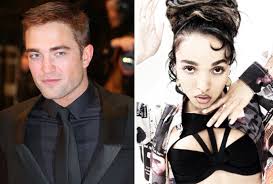 Twilight fans have crossed the line after some of them took to Twitter to harass Robert Pattinson’s girlfriend because she is black.

FKA Twigs, whose real name is Tahliah Barnett, is a rising pop star. Her videos and music symbolize empowerment. But unfortunately her musical talent is not why she has been getting a lot of attention lately.

Twilight fans have been harassing her via Twitter, lobbing racist invective and slurs her way, because she’s NOT K-STEW [aka Kristen Stewart, Robert Pattinson’s Twilight co-star and former real-life girlfriend].

On Sunday, she posted two tweets addressing this abuse.

I am genuinely shocked and disgusted at the amount of racism that has been infecting my account the past week.