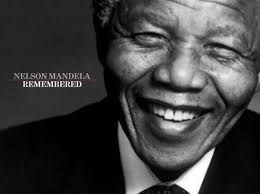 Today, people from all over the world will gather to celebrate the life an legacy of Nelson Mandela, Nelson Mandela International Day is a day of service celebrated on July 18, Mandela’s birthday.

Mandela, who was the former president of South Africa and a Nobel Peace Prize recipient, died at 95 on Dec. 5, 2013.

The day was unanimously approved in 2009 by the U.N. General Assembly. It was created to honor Mandela and inspire others to carry on his efforts to “take responsibility for making the world a better place, one small step at a time,” according to a statement from the Nelson Mandela Foundation Initiative.

Mandela was an anti-apartheid revolutionary. He served almost 30 years in prison in 1964. Millions around the world mourned the civil rights legend’s death, hailing him as an inspiration to all who fight for equality.

Mandela’s legacy will always be remembered. May you continue to rest in peace Madiba.