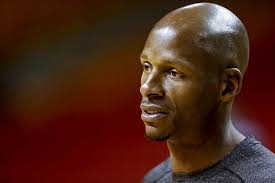 The seven teenagers who allegedly entered NBA player Ray Allen’s home while his wife and children were sleeping have been charged with trespassing.

This news comes on the heels of the Allens publicly decrying the Coral Gables police department’s handling of the situation.

The group told police they thought the Allens had moved and wanted to see how a professional basketball player lives. Police initially released the teens because there was no forced entry, no intent and nothing was taken. At the time, the Allens’ attorney said the couple was upset that charges weren’t filed because a crime had been committed that left the family feeling scared and vulnerable.

The seven youth could each face up to a year in prison for the first-degree misdemeanor trespassing charge. The couple did not know them and none of them lived in the neighborhood.