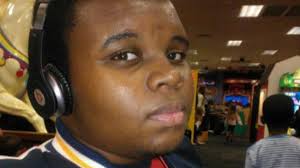 Ferguson, Missouri police chief Thomas Jackson issued a public apology on Thursday to the family of Michael Brown in a short video posted online regarding the teen’s death.

“I want to say this to the Brown family. No one who has not experienced the loss of a child can understand what you’re feeling,” the police chief, Thomas Jackson, said, wearing a polo shirt and standing in front of an American flag.

“I am truly sorry for the loss of your son. I’m also sorry that it took so long to remove Michael from the street,” Chief Jackson said. “The time that it took involved very important work on the part of investigators who were trying to collect evidence and gain a true picture of what happened that day. But it was just too long, and I’m truly sorry for that.”

Brown, 18, was shot several times by Officer Darren Wilson on Aug. 9 just days before he was to attend college. His body was left in the street for four hours, stirring outrage in the community. Wilson has not been charged with a crime.

A grand jury has been meeting since late August to decide on whether Wilson should be indicted. A decision is expected as soon as late October.

Thoughts on Jackson’s statement and apology to Brown’s family?