7 Black Millennials Who Killed the Game in 2015

2015 was a year of anger and frustration on the political front. It was a year when more innocent Black lives were lost due to police violence. It was also a year where a blatant disrespect for blackness was manifested through the repeated instances of cultural appropriation in the media i.e. Rachel Dolezal and Kylie Jenner.  While some Black millennials debated whether or not they could count the number of continents in Africa, these 7 Black millennials represented pure excellence.

Remember when everyone was outraged that John Boyega, a Black British man, was cast as “Finn” in Star Wars: The Force Awakens? People said the film was anti-White propaganda and even threatened to boycott. While some new actors would’ve been terrified by the outrage and even considered giving up the role, Boyega did not apologize or back down. He kept smiling while proclaiming that he was a confident Black man and having the time of his life. The force and also millions in ticket sales were with him this holiday season. The sequel is already planned for a release in 2017.  However, I know a few tweens that are swooning to see him in 2016.

On October 20, 2014, the police shot at Laquan McDonald 16 times. On November, 24, 2015, the video of his shooting was released and the same day Carruthers, the national director of BYP 100, delivered an inspiring interview with Amy Goodman calling for peace.  She continues to orchestrate BYP 100 so that it is able to use social media as a platform for change. In 2016, we won’t forget about McDonald, Renisha McBride, Bettie Jones or the many others that Carruthers has effectively advocated for. Because of her efforts in concert with the many members of BYP 100, we will continue fighting for racial justice and an end to police brutality.

Dr. Cooper is the professor you wished you had in undergrad – unless she was actually your professor.  Every single week, there is an article on Salon from Cooper that critically examines racial and gender issues and engages with contemporary American culture.  During a time where people are just accepting Donald Trump’s antics and the violence against black people as the norm, Cooper continues to push people to fight against the senseless violence. In 2015, Dr. Cooper killed the game, brought it back to life, and then killed it again. More articles are in store for the New Year, and hopefully a few guest lectures.

In 2015 while others ignored the horrific violence that happened to trans women, critically acclaimed author Janet Mock refused to turn a blind eye.  She is the host of a streaming show on MSNBC’s Shift network called “SoPOPular.” While filling in for Melissa Harris-Perry on MSNBC, Mock read out the names of trans women who were killed in 2015.  Not only did she make network history, but she also refused to let us forgot about innocent lives that were lost and almost ignored in 2015. Later in 2015, at Weber University, Mock discussed the problems of race and gender that continue to haunt our 21st century society. This hatred and violence happening toward trans women, especially trans women of color cannot keep happening in 2016. We need activist like Mock more than ever. Her work thus far gives us hope for the amazing things she will do in the future.

Remember when the first Hunger Games movie came out and people were outraged that Amandla Stenberg, a black girl, was cast as “Rue”?  Three years ago, she wowed us with her talent on the silver screen. In 2015, she wowed us with her woke-ness. She called out Kylie Jenner’s cultural appropriation, gender double standards, made an amazing video that coined  “Don’t Cash Crop on My Cornrows”—and she’s only 17-years-old.  Let’s be honest, Stenberg is the one of the few stars who actually seem to understand the diversity of experiences Black millennials face everyday. We know that she will keep killing the game in 2016. 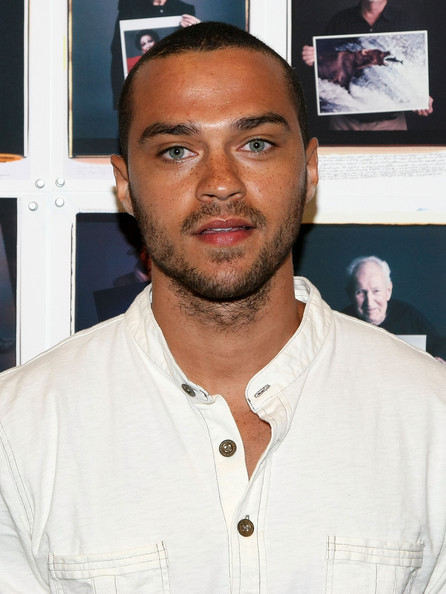 When I first saw Jesse Williams on ABC’s hit show “Grey’s Anatomy”, I thought he was just another hot doctor Shonda Rhimes would cruelly kill in a season or two.  I was wrong. Williams is here to stay.  On Twitter, in interviews, via Instagram, and through basically any platform he’s able to access, Williams voices his outrage with the state of racism in the United States. For example,  in one image, he unapologetically called out the backwardness of  “All Lives Matter”.  He was consistent in his critiques of mainstream media and White privilege. We are here for all of it.

Williams at the Australian Open, 2015

Who did not want to be Serena Williams in 2015? For years she was the unsung hero of tennis. People continually tried denying her skillset, her intellect, and her beauty.  In 2015, Serena Williams won Associated Press (AP) “Female Athlete of the Year” (for the fourth time in a row), her cover on New York Fashion magazine was one of the most iconic covers in 2015. She also helped usher a discussion of beauty standards in a society that tries to deny Black as beautiful. Not to mention her winning the Sport Illustrated “Sportsperson of the Year” award just this month. Williams is on fire on and off the court. The only direction she can go is up in 2016.

Jennifer is a fourth year English and Gender Studies student at the University of Chicago. For the Black Youth Project, she is the Social Media Coordinator. She believes that every tweet, word, and post can be a step toward righting the social and racial injustice that seems so normal in our society.