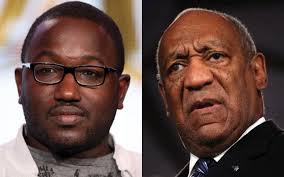 Comedian Hannibal Buress has become the topic of conversation for remarks he made about Bill Cosby’s sexual assault allegations, after a clip from a stand-up show he performed in Philadelphia hit the internet. The clip, which is NSFW, can be seen below.

“It’s even worse because Bill Cosby has the f**kin’ smuggest old black man persona that I hate,” Buress said. “He gets on TV, ‘Pull your pants up black people, I was on TV in the 80s! I can talk down to you because I had a successful sitcom!’ Yeah, but you rape women, Bill Cosby, so turn the crazy down a couple notches.”

“I guess I want to just at least make it weird for you to watch Cosby Show reruns,” Buress says later. “I’ve done this bit on stage and people think I’m making it up…. when you leave here, google ‘Bill Cosby rape.’ That shit has more results than ‘Hannibal Buress.'”

Have people given Bill Cosby a pass?

Was Buress’ joke out of line?