Iggy Azalea justifies why she should be allowed to say ‘n*gga?’ 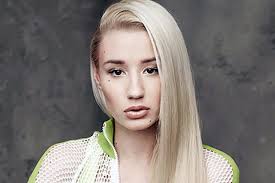 Iggy Azalea has sparked controversy after allegedly taking to social media to defend her use of the word n*gga.

The white Australian rapper has been growing in popularity, having made billboard.com’s ‘Hot Rap Songs’ list twice. But many have accused her of hijacking black culture, particularly citing the use of her “fake” black Southern accent.

Azalea apparently sent out a tweet in the past that may explain why she feels she should be able to use the degrading word:

“So you’re allowed to say n*gga because you’re black. Yet I can’t say it?  The word n*gga is different from n*gger.  N*gga is used to describe someone who is arrogant.  Idk why it’s such a problem when white people say it, when black people know d*mn well that a MAJORITY of people saying it aren’t even saying it to be racist because most racist don’t say n*gga.”

If these claims are true, not a good idea to use the word Iggy.