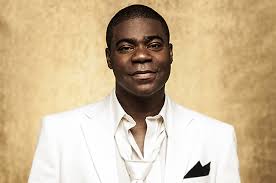 Walmart is blaming Tracy Morgan’s lack of wearing a seatbelt for injuries he suffered in the accident with a Walmart truck.

According to legal documents, the company says Morgan not being properly restrained caused most, if not all of the comedian’s injuries as he rode home in a limo van in NJ back in June.

As for any responsibility falling on the driver of the Walmart tractor trailer — the company says it can’t comment because of the “ongoing investigation.” Walmart won’t even confirm the driver, Kevin Roper, was an employee.

Tracy sued Walmart for that accident that left him seriously injured, and killed his friend Jimmy Mack.

Previous reports determined that Roper had not slept for at least 24 hours. Authorities said Roper apparently failed to slow for traffic ahead and then swerved to avoid a crash. His truck smashed into the back of Morgan’s chauffeured limo bus, killing James “Jimmy Mack” McNair and injuring four others, including Morgan.