Do We See God or Color? 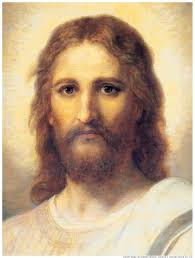 Choirs sang with the brightest hearts.

We sat in our seats, eager to hear the word.

We were more than willing to break from our every day pains and sorrows to find solace.

I watched my parents look onward, reading along as the preacher read aloud.

They devoted time, money, and their hearts to the Christian faith.

They embedded in me and my siblings Christian morals and ways to follow.

Nothing unordinary to most Blacks.

Religion is one of the things Blacks cling to.

It’s a part of our own flesh and blood.

We become its shadow, mirroring it and never succeeding in going astray, most of the time.

We are human and humans are imperfect, often looking for an example to lead them.

Yet, as I got older and ventured into learning more about our history, I found the relationship between Blacks and religions of the Christian faith and alike interesting and contradicting.

Understanding how religion plays part in the Black community is to understand that it was more of a hindrance than an enabler.

It was used to justify slavery and the enslavement of Blacks.

This same book, the Bible, was held in the hands of slave traders, masters, and oppressors alike. All preaching the love of God as they expressed their disdain for Blacks in the same breathe.

And ironically we’ve become devoted followers of this faith.

Instead of rebelling from the religion brought to justify our grievances, we have empowered it and adopted it as our own.

We wear crosses, hang pictures of our personified faith and create massive congregations that are followers of these religions.

Watching “12 Years A Slave,” which is a must see, we found the slave master would preach to Blacks he bought and enslaved.

During a sunny afternoon, he held his Bible and recited verses to those he thought of less than human.  No more than the animals you’d find in the jungle, he preached and ended his sermons with all saying “Amen.” Even though he was more than infatuated by one particular slave, even though he only thought of these human beings as property he was a man of God —-a  married man at that.

Though religious racism has for the most part dispelled and followers regardless of skin color and/or ethnicity can meet together to follow the same faith, we must understand that “race” still plays a part in religion.

These are only my thoughts and facts I’ve learned in learning about Black history.

If you are a believer of certain faith, devoted to a denomination, please be of open mind. And be honest to yourselves.

We as Blacks, watch religious movies that are white washed even if the setting was in the land human beings were birthed, Africa. We hang pictures of a blue eyed, blonde hair Jesus in our living rooms and pray. We bow our heads and pray.

And in the midst of the praying, I wonder, do we know where we were before we got here?

Slaves could be baptized, but they were not freed.

Slaves could be preached to, but they were believed to not have souls.

Understand that the preaching slave master in “Twelve Years a Slave” is more important than we might give credit for. Because it brings back to surface the altruistic relationship we have with our counterparts.

That we can love those that hate us.

That even though hate and pain was inflicted upon us, we found solace in their scriptures and deities.

And I’m not entirely sure if that makes us saints or fools.

I say this only because I’ll never forget.

When you obtain knowledge of self, you have no choice but to either ACKNOWLEGE what you know or IGNORE it.

Movies like “12 Years a Slave” are important media that gives knowledge to those that have yet to acquire it. Visual media is the quickest way to someone’s minds and hopefully hearts if used to enlighten and inspire.

This movie was necessary in telling the story of a man who was a well educated and not easily broken. He rebelled, he displayed his intelligence and in the end regained his freedom.

Religion is almost untouchable as it may disturb and discomfort others. But I believe the things least talked about MUST be talked about. Discussed and laid out in the open. Christianity bares a lot of contradictions I believe and I often wonder what do Blacks think of the relationship between Christianity and slavery?

It’s not talked about but we continue to devote ourselves to this religion, and those that find the controversy and contradiction within race and religion say race does not matter.

A young teenage boy was forced to leave school because he dressed a Jesus for Halloween.

Maybe he was devoted member of a Christian church. Maybe he was very much inspired by Jesus himself that he thought of him highly enough to dress like him.

Or maybe he read somewhere in the Bible that:

“His feet were like burnished bronze, refined in a furnace, and his voice was like the roar of many waters.” – Revelations 1:15

“And in the midst of the lamp stands one like a son of man, clothed with a long robe and with a golden sash around his chest. The hairs of his head were white, like white wool, like snow. His eyes were like a flame of fire,” Revelation 1:13-14

This would contradict the version of Jesus we see in pictures and on film. I find he is the only deity whose physical form is based off a rather personal interpretation than the Bible itself.

Model Heidi Klum dressed as Indian deity, Krishna for Halloween. It was an impeccable costume but didn’t receive a bad reaction.

Are we still somehow bound to some bias where Blacks are still seen as subservient and invisible in an overall perspective?

Only able to be humble servants, devoted followers but unable to have their image placed in the spotlight as our counterparts with, a past and present of racial prejudice and hierarchy maintain their image in godly form?

If this is not the case, then a black high school student should have never been sent home for dressing as Jesus.  A judge would have never ruled that a black child should change his name from Messiah because “Messiah’ is a title that is held only by Jesus Christ.” Even in Egyptian mythology, a protest would’ve never sprung had the director not hired an all white cast.

We should be able to uphold the truth written out for us, described from those before us that created and witnessed it all themselves. We should be passing on the knowledge that regardless of skin color, we are able to see the god in all of us.