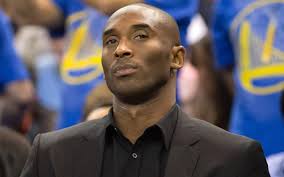 Kobe Bryant is catching heat on Twitter for his comments during a New Yorker interview.

In response to the Miami Heat’s support for Trayvon Martin by wearing hoodies in 2012, the Lakers star stated that African Americans should not immediately rush to the defense of a black person on the basis of race alone.

While speaking about the Trayvon case and the Heat’s response, Bryant said the rush to defend the teenager, who was unarmed when he was killed by Zimmerman, demonstrated that African-Americans haven’t “progressed as a society.”

“I won’t react to something just because I’m supposed to, because I’m an African-American,” Bryant told the New Yorker’s Ben McGrath in the March 31 issue of the magazine. “That argument doesn’t make any sense to me. So we want to advance as a society and a culture, but, say, if something happens to an African-American we immediately come to his defense? Yet you want to talk about how far we’ve progressed as a society? Well, we’ve progressed as a society, then don’t jump to somebody’s defense just because they’re African-American. You sit and you listen to the facts just like you would in any other situation, right? So I won’t assert myself.”

Readers took to Twitter to express disapproval of Bryant’s statement. Even those who agreed with it said that the Trayvon Martin incident wasn’t the best example to use.

Do you agree or disagree with Kobe Bryant’s comments?