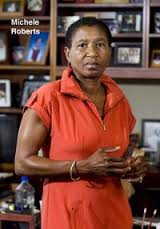 The NBPA (National Basketball Players Association) has elected Michele Roberts as its executive director. Roberts will become the first woman to head a men’s professional athletic association in the US. Roberts was one of three people, and the only woman, who was a finalist for the executive director post. Roberts will take over a position vacated by Billy Hunter 18 months ago.

“Let’s be clear: I’m sure there were people that noticed I was a girl,” Roberts said in an interview session with reporters after the vote. “Having said that, I frankly wanted to address that question up front whenever I spoke with any of the members of the executive committee and the union. My sense was, the only thing people cared about was my resolve.”

NBA commissioner Adam Silver, who will be Roberts’ adversary in the next round of collective bargaining talks in 2017 if either side opts out of the current deal, issued a statement congratulating her. Silver said he looks forward to “working with her and the NBPA executive committee to ensure the continued health and growth of our game.”

“I’d like to believe, as I’ve believed for most of my career, that I’ve earned something because of who I am and what I do, not because I’m a woman,” Roberts said.

Roberts is a member of one of the world’s largest law firms, Skadden, Arps, Slate, Meagher & Flom.

This will be her first time doing legal counsel for the NBA.

Congratulations to Michele Roberts and the NBPA!