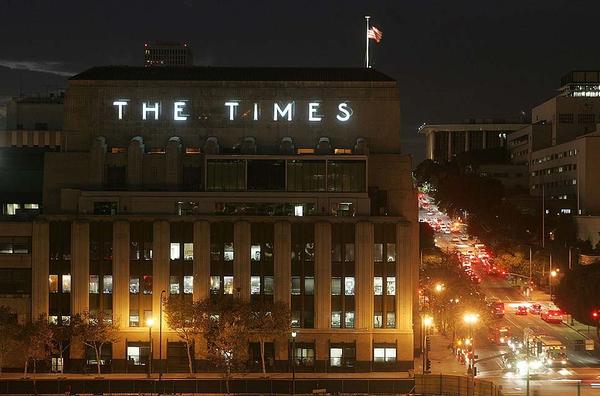 The L.A. Times is considering no longer using the term “illegal immigrant.”

The Associated Press has already announced that they will no longer be using the term.

Rinku Sen, president of ARC and publisher of Colorlines, says use of the word “illegal” has “become heavily racialized and targeted at people of color.”

From the L.A. Times:

For immigrants, especially those who have lived without papers, the issue is personal.

“When one is told that one is illegal, it really creates this identity of being a criminal,” said Carlos Amador, 28, who works with young immigrants at UCLA’s Dream Resource Center. “But the reality is, myself, my parents, those in my community who are in this situation of not having papers — all we want is to contribute back into this country, to be accepted and welcomed.”

Instead of using “undocumented immigrant” or an alternative descriptor like “unauthorized,” the new AP stylebook entry recommends avoiding that sentence construction altogether.

It’s incorrect to describe a person as illegal, even if he or she has committed an illegal act, said Michael Oreskes, AP senior managing editor. Thus, “illegal immigration” is acceptable while “illegal immigrant” is not. “Undocumented” was rejected because people may have documents, just not the right ones.

Read for at LATimes.com

Obviously, the media is essential in shaping the national discourse on important issues like immigration.

We think its an important, vital step for these major outlets to take responsibility for the language they use.

Are you heartened by the push to eradicate this term from the Immigration debate?