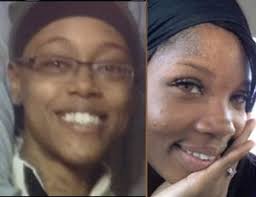 Two Houston women were discovered dead near a dumpster in Galveston County Texas. Deputies believe the women were murdered, and relatives on both sides of the tragedy are demanding answers.

Crystal Jackson, 24, a mother of one and her girlfriend Britney Cosby, 24, had been together for two years. They decided to take a trip to Galveston for Mardi Gras. That was the last time their families saw them alive.

Their bodies were found Friday morning next to a convenience store dumpster. Jackson’s father says he last heard from his daughter on Wednesday. He said she worked as a security guard, while Cosby was a barista at Starbucks. Both lived at Cosby’s great grandmother’s home. […] Authorities say they were killed in different ways, and it’s possible the suspects murdered them elsewhere and moved their bodies.

Now both families are pleading for help in finding the person or persons who killed their loved ones. […] “What did they do to you to kill my sister? You beat my sister up and you just, you messed her up to the point she can’t breath no more,” Jackson’s sister, Lequetia Jackson, told us.

Investigators are looking for Cosby’s vehicle, a silver 2006 Kia Sorrento. Autopsies will determine the cause of death for the victims.

Anyone with information about the murders or the stolen vehicle is asked to call the Galveston County Sheriff’s Office tip line at 866-248-8477.

Thoughts on the incident?

Should it be investigated as a hate crime?